Get 2 limited-edition podcast mugs when you make a sustaining gift of $8 or more per month today!
Climate Change

Amid an air quality warning for smoke from Western wildfires Wednesday morning, climate activists paddled to New England’s last coal power plant, in Bow, to call for the facility to shut down.

A smoke advisory was in place in New Hampshire from Tuesday afternoon to Wednesday morning, with officials warning that high levels of fine air particle pollution could cause respiratory health effects for sensitive individuals, including children and older adults. It turned the light of the sun and moon red.

All the while, Merrimack Station was burning coal to produce electricity. It produces about 1 percent of New England's power as the only coal plant left in the region, typically but not exclusively running on very hot or cold days. Twenty years ago, coal made up a fifth of the region's fuel mix.

The protesters, who dubbed themselves "kayaktivists," were with the No Coal No Gas campaign. They paddled a flotilla of kayaks and canoes down the Merrimack River to the power plant early Wednesday morning, and then went onto the premises and installed artwork to protest the continued use of planet-warming fossil fuels.

“It should not still be running in 2021. No one should be burning coal at this point," activist Julie Macuga said. "It’s time to shut this down. It’s the last one in New England, and it’s gotta go.”

In the midst of heat waves across the northern hemisphere, catastrophic flooding in Europe, and huge Western fires causing poor air quality across the country, Macuga said this climate threat is close to home.

"I just want to make the world a little less terrible," Macuga said. "I can’t change everything, but it’s my responsibility to do what I can."

Activists have been targeting the Bow plant since 2019, when dozens of people were arrested for trespassing there. They plan to return for a larger protest in October.

The facility, which Eversource sold to Granite Shore Power in 2018, is slated to run until at least 2025 under commitments to generate power for the New England electric grid.

Even under current pollution regulations and with new technology to limit toxic emissions, scientists agree that coal power plants are a key contributor to the warming trend that's amplifying deadly wildfires, droughts and storms across the country and in New Hampshire.

Coal currently accounts for 24 percent of carbon emissions from fossil fuel burning in the U.S., and 44 percent worldwide, according to the federal Energy Information Administration. Natural gas and oil are bigger emissions contributors in the U.S.

The Bow facility became New England's last coal plant after a similar facility in Connecticut was recently replaced with a gas power plant.

Despite its continued reliance on fossil fuels, New Hampshire's emissions from energy generation have steadily declined in the past couple of decades. Transportation is the largest source of greenhouse gases in the state and region.

Annie Ropeik
Annie has covered the environment, energy, climate change and the Seacoast region for NHPR since 2017. She leads the newsroom's climate reporting project, By Degrees.
See stories by Annie Ropeik 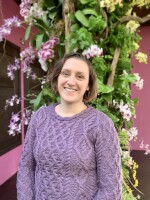 Jane Vaughan
Jane is a reporter and previously worked as a producer on NHPR’s The Exchange. Beforehand, she worked as a newspaper reporter based in Portland, Maine, where she covered a variety of topics, including local politics and education.
See stories by Jane Vaughan