Make a gift to NHPR and have a Valentine's message to a loved one read on air!
NHPR Blogs
N.H. Election News
Election Website: campaign.nhpr.orgPolling Locations

Gubernatorial Candidate to Voters: Let's Grab an Uber Together

The 2016 race for New Hampshire governor is rapidly gathering momentum, even with Election Day more than a year away. Candidacies are being launched by the day, it seems. Pledges made. Priorities listed. Promises floated.

And now we have the first campaign ad of the race. It comes courtesy of Republican Frank Edelblut, a state legislator who's apparently hoping to ride-share his way to the governor's office.

The 35-second-long video, released last Friday on Edelblut’s campaign website and YouTube, opens with a wide shot of the candidate, walking down a path across the State House lawn. He introduces himself, then says:

“New Hampshire deserves a 21st-Century economy. I have a vision for what that economy looks like and the leadership in order to make that a reality.”

Close up on Edelblut’s open palm, cradling an iPhone. His thumb taps an icon for Uber, the ride-sharing service.

Then we return to Edelblut, who steps to the curb and asks: "Won’t you ride along with me?”

It’s not clear from the video where Edelblut’s ride is heading. But we imagine he hopes it includes a return trip to the State House. 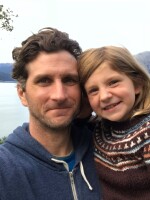