An Injured Hiker And 4.4 Miles Of Trail

It took almost two dozen volunteers to carry an injured woman out of the White Mountains late Thursday, according to a news release from New Hampshire Fish and Game.

Mary Jean Mork, 61, injured her leg on the last day of a five-day trip from Franconia Ridge to the Zealand Road in Bethlehem.

Her husband, Michael Donahue, went to the Appalachian Mountain Club hut for help because there is no cellular coverage in the area. The AMC huts have high-powered radios.

It took about four hours as Mork was carried 4.4 miles over “rugged terrain in fading daylight,” according to the release.

She arrived at Zealand Road just before 9 p.m.

Carry-outs are considered particularly challenging because those carrying the litter – who often must walk on the sides of the trail - must routinely take breaks. That requires a large group of rescuers. 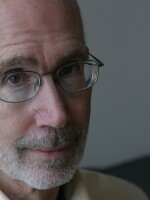 Chris Jensen
Christopher Jensen worked as a reporter for The (Cleveland) Plain Dealer for 25 years, covering topics including desegregation, the 1st Gulf War, international charities’ fraud and the auto industry. He also wrote stories about competing in off-road races including the 1988 TransAmazon, the Baja 1000, the Paris-Moscow-Beijing Raid and Paris-Dakar.
See stories by Chris Jensen
Latest Stories
Related Content