Morse, 61, of Salem, confirmed to WMUR that he plans to officially launch his campaign later this month.

But while the longtime lawmaker is well-respected at the State House, he's not that well-known outside his home district.

Morse has served in the state senate for eight terms. Before that, he served four years in the New Hampshire House. He's 61 years old and owns Freshwater Farms Nursery in Atkinson.

Morse's been a key architect of numerous state budgets, a staunch advocate of business tax cuts, and a longstanding political ally of Gov. Chris Sununu.

Prior to Sununu's announcement that would seek another term, it was expected that Morse might run for Governor.

If Republicans choose Morse as their nominee for U.S. Senate he'd face an opponent he knows well. He and incumbent Democrat Maggie Hassan served together in Concord.

But first Morse must win a primary, something he hasn't had to do in years.

So far, Ret. Brig. General Don Bolduc is the only declared Republican candidate.

Londonderry town manager Kevin Smith and businessman Bill Binnie are among other candidates considering getting into the race. 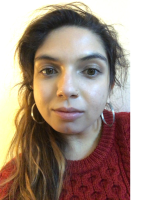