Today is Giving Tuesday!! For every gift made today five meals will be donated to the New Hampshire Food Bank.
Inside NHPR
Station News

The four-star “exceptional” rating means that NHPR exceeds industry standards and outperforms most charities in its category of cause. The recognition comes at a particularly meaningful time, as NHPR celebrates its 40th anniversary.

“I see the great work the people at NHPR do every day, from reporting important stories to working behind the scenes, and it feels wonderful to see our team receive such a high rating,” said Jim Schachter CEO of NHPR. “For 40 years, NHPR has aimed to provide the highest standards in journalism, accountability and transparency. I want to thank our hardworking staff, and give a big thank you to the donors and supporters who helped us achieve these goals.”

Transparency is important at NHPR, which is why the station provides open access to IRS 990 forms and audited financial statements in PDF form on its website. People can also find NHPR’s most recent equal opportunity employment (EEO) reports, diversity statements and the Annual Financial Reports and Station Activity Surveys filed with the Corporation for Public Broadcasting (CPB) on the site. If you are interested in reviewing these documents, go to nhpr.org/financial-employment-activity-information.

Since 1981, New Hampshire Public Radio has shaped the media landscape in the Granite State and beyond. Our mission is “Expanding minds, sparking connections, building stronger communities.” NHPR is broadcast from 14 different sites, making it by far New Hampshire’s largest (and only) statewide radio news service. Every week, NHPR is the choice of 144,500 listeners as a primary source of in-depth and intelligent news coverage and enlightening programming. Thousands more view NHPR.org, follow our social media sites, stream our service online, or listen to our podcasts. Each day, New Hampshire Public Radio delivers several hours of local news reported by its award-winning news team. Locally produced programs and podcasts include The Folk Show, Outside/In, and Civics 101, among others. NHPR is the exclusive outlet for NPR News in the Granite State and broadcasts national weekly programs such as The Moth Radio Hour, Wait Wait…Don’t Tell Me!, and This American Life. Visit nhpr.org to access our news and information.

Charity Navigator, the world’s largest and most-utilized independent nonprofit evaluator, empowers donors of all sizes with free access to data, tools, and resources to guide philanthropic decision making. Through Charity Navigator's ratings, nonprofits are equipped with the nonprofit sector's premier trust indicator and a powerful platform to raise awareness and funds. Charity Navigator does not charge the organizations it evaluates, ensuring unbiased evaluations, nor does it charge the public for this trusted data. As a result, Charity Navigator, a 501(c)(3) public charity itself, depends on support from individuals, corporations, and foundations that believe it provides a much-needed service to America's charitable givers. 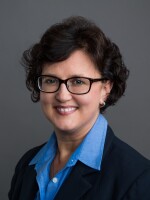 Deb Turner
Deb Turner is NHPR's Vice President of Development. Deb is a 35+ year fundraising professional who has spent her career achieving successful outcomes through strategic management of fundraising programs.
See stories by Deb Turner
Latest Stories
Your source for things to do and places to go around the Granite State - delivered to your inbox every Thursday!
Sign Up!