In N.H., Hikers Head Out Unprepared

In New Hampshire this summer, many hikers will hit the trail without proper gear.  That’s the word from a new Brown University study. The report finds that younger hikers and those on shorter journeys are particularly likely to trek unprepared.

Out of 199 hikers surveyed in NH in 2011, only 18 percent met the study’s requirements for preparedness. That means the hikers were not carrying the necessary eight out of 10 essential items including a map, compass, and extra clothing. The study’s lead researcher, Brown University medical student Ryan Mason, says that preparedness often corresponds with hikers’ ages.

Mason’s study reinforces the concerns of some lawmakers, who worry NH Search and Rescue doesn’t have enough funding to rescue unprepared hikers. Earlier this year, the House introduced a bill addressing those concerns, but it was retained in committee. 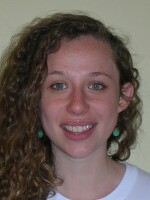 Ella Nilsen
Ella is a former NHPR News intern. She graduated in May 2013 from the University of New Hampshire with a B.A. in History and minors in Writing and Asian Studies. Her studies abroad were at St. Andrews University in Scotland. While at UNH, Ella served as editor-in-chief, design editor and contributing writer for Main Street Magazine, a publication that won UNH’s Best Student Publication award for 2013. Outside of UNH, Ella contributed articles to the Union Leader as a freelance reporter and was an editorial intern at the Littleton Courier. She was the recipient of a competitive grant for a project that explored the history of Russian-Jewish immigration to the United States and related family history. Ella lives in Portsmouth.
See stories by Ella Nilsen
Latest Stories