The Warner Fall Foliage Festival is turning 70 this year.

The event has become a Columbus Day weekend tradition, drawing people from across New England to the small town. It kicks off Friday night and runs through Sunday.

Ray Martin is director of the Warner fall foliage Festival . He joined NHPR’s All Things Considered.

I was hoping that you could set the scene where you are. How is the foliage this year?

Well, the foliage this year is a little bit behind schedule, but it's starting to come out. The festival is held in downtown with Warner. There are historical buildings and parks here for people to enjoy. We have several events going on. The foliage is good, but not great.

I'm assuming that some years are better than others, since of course it's all up to Mother Nature. What kind of turnout are you expecting? Is it predicated on the foliage?

No, this event has been going on for so long that we really draw the same crowd year after year. It will be between probably 5,000 and 7,000 people a day on Saturday and Sunday.

The festival is celebrating its 70th anniversary this year.  Why do you think it's been so successful? What is it that makes this festival so unique?

Well, it's the townspeople themselves. Obviously in 70 years, you've had a lot of turnover and new blood, but we do literally have some volunteers and some people that have been working on the festival for almost all 70 years or have been here, anyway. But really it's a crafts fair, it's a food fair. There are amusement rides. There's music. We have a music venue now behind the MainStreet BookEnds that is round-the-clock music, starting Friday night and into Saturday and Sunday. And then this year we did add a beer tent with craft beer and we’ll see how that goes.  But other than that it's been a craft fair, amusement fair, oxen pull, woodsmen's contest, lobster and chicken dinner for as long as I can remember.

What are the biggest challenges when it comes to keeping these types of small community based festivals going year after year?

It's a constant education of the new people that move into town. The success is all the volunteers that really make it happen. It's going to draw the crowds; we just need to make it happen.

That's a great question because this is an all-volunteer festival. No one is paid to be the director or to do jobs. It's all volunteers and there is an awful lot of institutional knowledge of people that say this goes here, that goes there, move this. But it's a constant education of the new people that move into town. The success is all the volunteers that really make it happen. It's going to draw the crowds; we just need to make it happen.

And for those looking to head out to the festival this weekend can you give us some of the highlights of this year's festival?

Well, as I said, there's music starting Friday night and the midway is open. Then starting Saturday, there’s a country breakfast, a five-mile run in the morning at 9:00 a.m. You can register the same day by 8:00 or 8:30. Then it goes into the ox pull contest, and then mid-day is the lobster and chicken dinner, and afternoon there's a children's parade, there's more music, the midway is open again and there’s a country dinner at the United Church of Warner. It’s topped off by I think a fairly well-known artist here locally, Kat Wright is performing 7-10 p.m. It's free admission, that's the best part. We do charge $5 for parking and we sell booster tickets which would be akin to maybe an entrance fee but there's there is no entrance fee. But the people that want to buy a booster ticket can participate in a cash raffle and then about 70 other prizes. 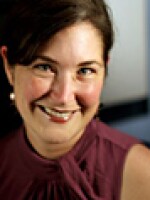 Sally Hirsh-Dickinson
Sally moved to New Hampshire from Washington, D.C. in 1996 to pursue a Master’s degree at the University of New Hampshire. In 1999, she signed on as an intern for NHPR in order to broaden her professional horizons. She further expanded her skills as an on-air host and has covered a number of different shifts here at NHPR. She recently received her Ph.D. in English from UNH where she wrote her dissertation on Peyton Place. Sally currently teaches at Rivier College in Nashua.
See stories by Sally Hirsh-Dickinson

Michael Brindley
Michael serves as NHPR's Program Director. Michael came to NHPR in 2012, working as the station's newscast producer/reporter. In 2015, he took on the role of Morning Edition producer. Michael worked for eight years at The Telegraph of Nashua, covering education and working as the metro editor.
See stories by Michael Brindley
Latest Stories
Related Content