We spoke with Boston Globe movie critic Ty Burr about the wealth of Korean films available to watch here in the United States. This is a list of the films he mentioned in the interview he thinks are worth watching.

When we're used to movies that follow a set path, certainly the commercial multiplex movies in this country, and even the so called 'independent films',...and you know how it's going to go. These movies, you don't know where they're going to go. You start at one point, and who knows where you'll end up. Which is a good thing I think.

"A sixty-something woman, faced with the discovery of a heinous family crime and in the early stages of Alzheimer's disease, finds strength and purpose when she enrolls in a poetry class." - IMDB Synopsis

"It sounds like typical art house fare, but it takes a couple of turns that make it feel really unusually fresh and incredibly moving at the end." - Ty Burr

"A monster emerges from Seoul's Han River and focuses its attention on attacking people. One victim's loving family does what it can to rescue her from its clutches." - IMDB Synopsis

"Like a tongue in cheek Godzilla movie." -Ty Burr

"In October 1986, a young woman is found raped and murdered in a ditch near a field. Soon after, another woman is found raped and murdered in a field. Local detective Park Doo-man, not having dealt with such a serious case before, is overwhelmed; key evidence is improperly collected, the police's investigative methods are suspect, and their forensic technology is near non-existent. Detective Seo Tae-yoon is sent from Seoul to assist them; their methods clash and he is unable to convince them they are dealing with a serial killer until his predictions of another murder come true." - Wikipedia Synopsis

"It's a fascinating movie. Kind of like David Fincher's Zodiac. It's about the police trying to catch a serial killer" - Ty Burr

"On an isolated lake, an old monk lives on a small floating temple. The wise master has also a young boy with him who learns to become a monk. And we watch as seasons and years pass by." - IMDB Synopsis

"After being kidnapped and imprisoned for 15 years, Oh Dae-Su is released, only to find that he must find his captor in 5 days." - IMDB Synopsis

The Good, The Bad, The Weird

"The story of two outlaws and a bounty hunter in 1940s Manchuria and their rivalry to possess a treasure map while being pursued by the Japanese army and Chinese bandits." - IMDB Synopsis 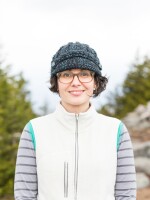