Support NHPR and the NH Food Bank this holiday season.
Business and Economy

How The Market Basket Deal Works: No Risk, No Reward

How does a deal like the $1.5 billion buyout of Market Basket work? What did it take Arthur T.Demoulasto gain total control of the 71-store supermarket chain from warring relatives? It was complicated — from start to finish.

It all begins with something called private equity, a vast pool of money managed by very tough-minded business-school types. The banker who gave you your mortgage is a teddy bear compared to these guys.

"What happens is the private equity firm becomes a part owner of the final company and no doubt, they’ll require board seats," said Charles Kane, senior lecturer at MIT Sloan School of Management, who has dealt with plenty of big mergers and acquisitions. "What they have to do now is go cash-flow positive."

In other words, Market Basket, which has lost a lot of money for the last six weeks, has to put itself in a position to begin paying interest on a lot of debt. Fortune magazine identified the private equity firm investing in Arthur T.'s Market Basket buyout as the Blackstone Group, a group known on Wall Street for being smart. Forbes reports that Arthur T. has had to secure substantial mortgages to secure this investment.

"No doubt, the private equity firm would want payments over time to pay back their portion of the structure," Kane said. "And so the one element here that has to happen is a profitable organization throwing off a lot of cash to cover these ongoing debt costs that are now added to the overall challenge to keeping the organization going."

A spokeswoman for Blackstone said they couldn’t comment on the deal, but in Kane’s view, Blackstone saw considerable value in Market Basket’s brand. See, I told you they were smart.

"A brand is a value in and of itself and now that the brand is back in place and supported by what created the brand — I think in particular, the CEO here, they got a good chance," he said. "And I think that they wouldn’t have been able to raise that money from both the banking community and private equity community if they didn’t feel as though they had a great possibility of making a sound investment here."

But there’s no denying it: Market Basket has some baggage. In addition to losing tens of millions of dollars this summer, there’s a broken supply chain to mend with their vendors. One legal expert suggests that if customers don’t immediately return, Blackstone’s role could significantly change the way Market Basket operates.

"They invested because they thought they could make money," said Jim Dawson, a partner at law firm Nutter, McClellan and Fish. "To the extent that control over operations has been ceded in any way to the private equity folks, they will start to focus on bottom-line management. Most private equity firms run their portfolio companies to make money, to pull out as much money as they can."

In other words, if pre-agreed upon conditions are not met, nasty alternatives such layoffs or trimming the fat could result. That’s not a prediction. But it is a possibility. But business lawyer David Chavolla of law firm Casner & Edwards says if Arthur T. performs as people expect him to, Market Basket will still be profitable.

"And it may not cause substantial intrusions by Blackstone," Chavolla said. "It’s proven by the numbers. There’s great risk that he’ll be equally bad off with the investment bank than the private equity firm than he would have been with his cousin. But people seem to be hopeful that he’ll turn things around quickly."

Quickly enough to restore normalcy — and a paycheck for the 25,000 employees whose victory was hopefully well worth the wait. 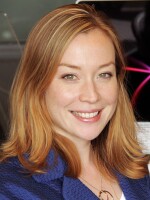