In the wake of the Newtown shootings, policy makers in New Hampshire and around the country asked themselves if there are policies that need changing. And one area where compromise seemed plausible was improving mental health reporting in background checks.

That was the subject of a bill before a state Senate committee today.

However, the proposal ultimately united groups --- ranging from the Second Amendment Sisters to the Disabilities Rights Center -- in opposition.

Federal law makes it illegal to knowingly sell a gun to someone who has been committed to a mental institution or deemed mentally not competent by probate court.  But New Hampshire does not report mental illness to the National Instant Criminal Background Check System.

Under current law, when someone who chooses not to check that box off on the permit application, if the gun dealer, state police puts the name in the system, the name is not there, and the sale can go forward.

Watters emphasized that his bill would also create a mechanism to undo previous mental health findings through an annulment process.

And he repeated that his bill would not change who is eligible to purchase a firearm, saying "the only change is that law enforcement will be able to determine if the application was filled out accurately."

The proposal won support from the state’s Attorney General and the trade group that represents gun makers. However, its future is dubious.

First of all, there are concerns the bill could discourage people from seeking counseling.

Goffstown Republican State Rep John Burt is a hard liner when it comes to gun rights.  He says he has seen a therapist in the past – but if "this bill passes, I’ll tell you right now I’ll never again go see another therapist, I’m scared to death to go see one now."

To be clear -- the only individuals who would be reported to the background check database are those who have been adjudicated by a probate court and deemed mentally not competent.

More surprising than the opposition from gun advocates, though, was the fire the proposal took from the civil rights community. Devon Chaffee is with the state’s ACLU.  She said "any approach to end gun violence should really be data driven."

Chaffee says two of the groups targeted by the bill don’t actually pose a threat. "In fact there is no proven connection between individuals who are found incompetent to stand trial or who have been appointed a guardian, and any likelihood to be violent."

Chaffee asked lawmakers to kill the bill. So did the New Hampshire Disabilities Rights Center.

Ken Norton with the National Alliance on Mental Illness, meanwhile, said he’d rather see a bill that reports what he calls “dangerousness,” rather than mental illness. Tracking DWIs or domestic violence charges, he suggested, would be more appropriate than tracking mental illness.

We need to provide law enforcement with the tools to prevent any individual with a high risk of dangerousness from having access to firearms.

Norton, who said he felt conflicted on this bill, suggested lawmakers study this issue further. The committee’s chair seemed open to the possibility, and mentioned it. Given all the opposition, that might be this bill’s best hope. 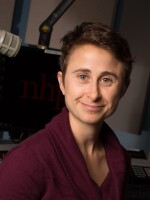