Get 2 limited-edition podcast mugs when you make a sustaining gift of $8 or more per month today!
NH News
Ask Civics 101

Today we're answering a question from a listener who asks: Why do we have a “no-talk filibuster" rule [virtual filibuster], and what does it take to get rid of it?

First, we need to define a filibuster. The filibuster is any attempt to block or delay Senate action on a bill or other matter. It’s a unique feature of the Senate, and is often seen as a way to talk a bill to death. This can be done in a few different ways, including unlimited debates, procedural motions, or any other delaying and obstructive actions.

Filibusters weren’t common for much of the 19th century but an increase in frequency in the late 19th and early 20th centuries led to debate about reforming the practice. In 1917, the Senate adopted Senate Rule 22, which allowed the Senate to invoke cloture (a procedure for ending debate and taking a vote) and limit debate with a two-thirds majority vote. In 1975, the Senate changed the requirement to invoke cloture to a three-fifths majority vote of all senators (60 votes).

This 1975 Senate rule change also created the “virtual filibuster," or the "no-talk filibuster" as the listener put it. As a result, rather than having to stand on the Senate floor and speak for a prolonged period of time to delay action, senators who wish to filibuster not only don’t have to speak on the Senate floor, they don’t even have to be physically present in the Senate chamber. In fact, it’s not even a real filibuster but simply the THREAT of one.

Think of it as one side suggesting that it will filibuster and the other side believing it. This has resulted in the assumption that every bill will be filibustered. Essentially, this means that every bill needs 60 votes to pass rather than a simple majority.

There are a few ways to get rid of the virtual filibuster. The Senate could formally change its own rules to require “talking filibusters,” specifically the text of Senate Rule 22 (the cloture rule that requires a three-fifths majority to limit debate). The Senate could also set a new precedent and essentially change its rules with the “nuclear option,” where the Senate decides to reinterpret an existing rule with a simple majority vote. 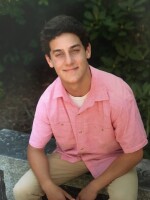