Four years ago, some fourth-graders from Hampton Falls were met with disappointment as they watched House lawmakers tear apart a bill they crafted with the help of their teacher. The bill was to make the red-tailed hawk the official state raptor of New Hampshire, but it failed to pass in the House of Representatives.

This year, the same children, now eighth-graders, are bringing the bill back.

On Tuesday, they returned to the State House for a hearing on the bill. The House Environment and Agriculture Committee passed the bill with a 20-0 vote.

Last time the bill was introduced, it was held up to, perhaps, more scrutiny than anticipated.

Before the vote in 2015, Democratic Rep. Christy Bartlett questioned the necessity that New Hampshire have a state raptor.

Rep. John Burt was also skeptical. He joked that soon the legislature would be naming a state hot dog, too.

But it was really former Rep. Warren Groen’s comments, which brought abortion into the discussion about the red-tailed hawk, that took this deliberation to, what some called, inappropriate territory.

"It grasps them with its talons, and then uses its razor-sharp beak to rip its victim to shreds - tear it apart limb-by-limb," Groen described. "And I guess the shame about making this the state bird, is it would serve as a much better mascot for Planned Parenthood."

Groen’s words inspired a flurry of national commentary. Here’s what comedian John Oliver had to say:

Andrew Kriner, an eighth-grade student at Lincoln Akerman School in Hampton Falls, is one of the students who worked on the bill four years ago, and is bringing it back again this year. He spoke with NHPR's Peter Biello about why the group of students is fighting for the red-tailed hawk once again.

This interview has been edited for length and clarity.

So you were in fourth grade the last time you went with your classmates to the State House about this, and you watched the House of Representatives vote on a bill that you helped create. Can you tell us a little bit about what you remember from that day?

Yes I remember two different days. We went in front of the Agricultural Committee and then we presented it and it passed. It was  a pretty close vote. Then we went back to the State House for the House vote and I don't remember a lot about what was really said, more just the kind of feeling of disappointment when we saw that we had lost.

So what did you take away about the nature of government and democracy as it's practiced here in New Hampshire?

Well, in fourth grade we were told by Rep. Renny Cushing that the representatives might be cranky, but they're not mean. I think that the things they said were mean that day. But that's only really one day, which I kind of learned afterwards. Many apologies were also sent out, and then the governor visited our school. So I understand better now, but as a fourth grader I just remember thinking, 'Wow, these people, I don't want to be a representative because I don't want to be mean.'

Okay, so it's been four years you're in eighth grade this year. Why are you and your peers bringing this back now?

Well, one of the representatives or the one of the two main sponsors of the bill, Rep. Jason Janvrin, one of the reasons he ran for office to become a representative was because he felt that what happened to us as fourth graders was not how government should work. And now he's a representative and he wanted to come back and sponsor our bill. We had a meeting with him and Rep. Renny Cushing, and then we decided that this would be a great thing to do. So we brought it back up.

Why is this particular issue one that you feel like is important enough to bring up twice?

Well, in fourth grade we brought up this bill because we really wanted to kind of be involved, and then as we  started researching more and more we thought that the red-tailed hawk has so many great qualities and traits about it. You know, it's adaptable, both parents take part in incubation feeding and raising of the young, and there are just so many great qualities of the red-tailed hawk that should be represented as a New Hampshire state symbol. And so I think as fourth-graders, we kind of understood that. But now as eighth graders we are more mature, and we really believe that this should be a New Hampshire state symbol because we have done more research and we understand it better now.

And so how did things go at the statehouse the other day? Are you feeling optimistic about this?

Yes, I think much more than when we were in fourth grade. It was a unanimous vote. Twenty to zero in favor of the bill. It was actually 18- 0 because two of the representatives were out of the room, but they wanted to be on the record voting. So we had a re-vote and it was still unanimous support.

Peter Biello
Peter Biello is the host of All Things Considered and Writers on a New England Stage at New Hampshire Public Radio. He has served as a producer/announcer/host of Weekend Edition Saturday at Vermont Public Radio and as a reporter/host of Morning Edition at WHQR in Wilmington, North Carolina.
See stories by Peter Biello 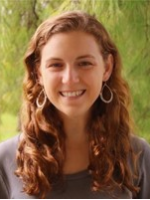