Donate your vehicle to NHPR and support local journalism.
National

This is MORNING EDITION from NPR News. I'm David Greene.

And I'm Linda Wertheimer. We've talked on this program about something resembling a civil war in the Republican Party this year. More establishment Republicans are in primary battles against Tea Party candidates, and money is pouring in on both sides.

GREENE: We saw that happening when we visited Idaho some weeks ago. That's where a Tea Party backed political newcomer named Bryan Smith is trying to push out long-time Republican Congressman Mike Simpson. This is why the Tea Party candidate says it's time for the congressman to go.

GREENE: That was the Tea Party candidate's message when we met him back in January, that his opponent, a long-time congressman, is just too close to the GOP establishment.

WERTHEIMER: Enter Mitt Romney. To many he defines the Republican establishment. Congressman Simpson and two other incumbents in Idaho have turned to Romney for help campaigning. If there is a state where Romney can be effective, it may be Idaho. He won nearly two-thirds of the vote there in 2012. Boise State Public Radio's Emilie Ritter Saunders reports.

MITT ROMNEY: I'm here today in Idaho and was here yesterday to make sure that people understand that the people that I'm standing with right here are the right team of conservative leaders to help the people of Idaho.

SAUNDERS: Romney was in Boise Thursday hosting a high-end fundraiser for Governor Otter. On Wednesday he hosted a similar event for Congressman Simpson in Idaho Falls. Romney says he's thrown his support behind Idaho's established Republicans in part because he believes Idaho is a good example of conservative governing.

ROMNEY: I also acknowledge they're men of character and vision, and they've done a heck of a good job - and if it ain't broke, don't fix it.

SAUNDERS: Like in other states, moderate Republicans Otter and Simpson are facing tough primary challenges from men who don't think they're conservative enough. Longtime Idahoan Kevin Quinn says he isn't a fan of Governor Otter. Quinn works in sales for a tech manufacturer. He owns a wine bar in Eagle, Idaho and has three grown kids.

KEVIN QUINN: We've become a telecommunications mecca from Boise all the way through to Pocatello. It's all about call centers. And I think we need something far better than that to offer our kids when they come out of school.

DAVID ADLER: And so the Romney message is A) turn out to vote, it's going to be a close race. And B) let's not veer into the wild right, which will hurt Idaho and hurt America.

ADLER: And so you want as many people within the GOP to turn out on the assumption there are more relatively moderate members of the GOP than there are hard right wingers.

SAUNDERS: Young Boise attorney Elijah Watkins is just the voter Romney's endorsement is meant to push to the polls. Watkins voted for Romney in 2012, but when it comes to Governor Otter and Congressman Simpson...

SAUNDERS: Watkins believes Idaho is coasting in the right direction, but he says the state's elected leaders are focusing on the wrong issues. Watkins says he and his friends don't really care about hot-button issues Idaho politicians have focused on like hunting wolves or allowing concealed guns on college campuses.

WATKINS: They care about the money that's being infused into the state and jobs that are being brought into the state. And the education their kids are getting.

SAUNDERS: With Idaho's primary election two months away, voters like Elijah Watkins and Kevin Quinn still have plenty of time to decide if they'll stick with the status quo or vote to move the state in a different direction. For NPR News, I'm Emilie Ritter Saunders in Boise. Transcript provided by NPR, Copyright NPR. 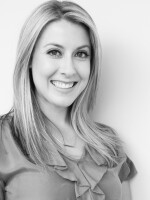