A 9/11 first responder has a chance to savor victory. President Trump signed a measure ensuring a compensation fund never runs out of money. NPR's William Jones reports on how that moment looks to a man who fought to bring it about.

WILLIAM JONES, BYLINE: John Feal was a construction worker until his career was cut short in 2001. In the days after 9/11, he was a demolition manager at ground zero when a piece of steel crushed his leg. Part of his foot had to be amputated. And in the years since, he's been lobbying lawmakers to approve permanent funding for first responders, whose illnesses continue to mount.

JOHN FEAL: Two-hundred and seventy-eight trips to D.C. We've been at this for almost two decades now because of poor leadership and bad politics.

JONES: Feal was at a congressional hearing in June. He watched on as his colleagues, some gravely ill, addressed a House committee. He remembers thinking that some lawmakers seemed disengaged, which he told his friend, the comedian Jon Stewart, just as he arrived to testify.

JON STEWART: Your indifference cost these men and women their most valuable commodity - time.

RICHARD ALLEYS: These aren't just normal cancers; we call it cancer on steroids. They get diagnosed with stage 4. These are aggressive, aggressive cancers, and that's why we've lost so many people.

JONES: That's Richard Alleys. He was a firefighter at ground zero, and he believes Stewart's testimony was a turning point.

ALLEYS: He just had that innate ability to put the spotlight on the legislators that could no longer hide.

JONES: After that hearing, legislation extending funding through 2092 to pass the House, but it faced a slightly stiffer opposition in the Senate, where Republicans Rand Paul and Mike Lee led a vote, questioning whether the bill was fiscally responsible. It eventually passed overwhelmingly, leaving the president to sign it into law.

PRESIDENT DONALD TRUMP: For your entire lives, you have gone far beyond your duty to us. And today, we strive to fulfill our sacred duty to you.

JONES: After signing the bill, the president handed the pen to John Feal.

FEAL: The financial burden, it's going to be lifted. This bill is going to help people for decades.

JONES: It ensures his almost 300 trips to D.C. will now have a lasting legacy. 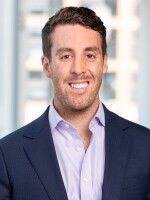 William Jones
William Jones is a Supervising Editor for Morning Edition and the Up First podcast. He's no stranger to public media, having worked previously as a reporter and producer for New York's PBS station, WNET. During his time there he was nominated for an Emmy for his piece on New York's oldest bar, McSorley's Old Ale House.
See stories by William Jones
Latest Stories