Help support both NHPR and the NH Food Bank when you make a gift of support today.
National

Today, Italian-Americans around the country are celebrating St. Joseph's Day. There's a luscious pastry associated with this holiday, and reporter John Bender of Rhode Island Public Radio tells us all about it.

JOHN BENDER, BYLINE: In the kitchen at LaSalle Bakery in Providence, R.I., a state where zeppole are famous, a team of bakers furiously prepare. They know lines will be forming to snap up this seasonal treat.

MIKE MANNI JR.: Right now they're topping the zeppoles. So the same cream that's inside they're putting on the tops.

BENDER: Mike Manni is a baker and the owner of LaSalle Bakery, zeppole, or zeppola singular, a kind of super deluxe cream puff. Here you can get your zeppole baked or the traditional way, fried, says Manni.

MANNI JR.: Right, dad? Fried was the original way of doing them, right?

BENDER: LaSalle Bakery is a family affair. Manni's father, also Mike, owned this shop until his retirement a few years ago. Now the elder Manni only comes in when they need ringers like today. Zeppole are finished off with a dusting of powdered sugar and a maraschino cherry. They're then laid onto crinkly white papers. Bakers then slide tray after tray of zeppole onto racks, ready to be sold. LaSalle Bakery's been churning out thousands of these bad boys each March since 1932, for years piped out by hand, now by machine, says Manni.

MANNI JR.: So whether you're doing it with a machine or by hand, there's absolutely no difference. It's just you don't get carpal tunnel syndrome in your hand.

BENDER: The treat became famous in Italy then traveled the Atlantic with waves of Italian immigrants, many of whom settled in The Ocean State. But Manni the elder says it doesn't take a saint to get people to eat good food.

MANNI SR.: Everybody celebrates around food. So when you have the right mix of a quality product, a celebration, then, oh, it's St. Joseph's Day. Let's eat a zeppola.

BENDER: Standing in line, waiting for a zeppola, June Spencer of Lincoln, R.I., agrees. She says it wouldn't be St. Joseph's Day without one.

JUNE SPENCER: It's just a tradition. It's an Italian pastry. And it's part of the celebration of St. Joseph's Day, you know, at a big Italian dinner. And it just makes it more festive.

BENDER: If all this is making you hungry and you want to get to your nearest bakery, better call ahead. Zeppole are popular, sell out fast and are hard to come by. 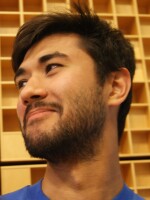 John Bender
John Bender is RIPR's Morning Edition Producer; he researches stories, interviews newsmakers and writes scripts for the morning news. He also does additional reporting throughout the day for general reporting and special projects.
See stories by John Bender
Latest Stories
Your source for things to do and places to go around the Granite State - delivered to your inbox every Thursday!
Sign Up!