Donate your vehicle to NHPR and support local journalism.

Salaries for governors in New England have been on an upward trend. Massachusetts Governor Charlie Baker's pay raise makes him the highest-paid governor in the region.

A couple years ago, Baker opposed a raise being pushed by state legislators.

But that was then, and Baker has since changed his mind.

During his re-election campaign, he said he'd take the raise, as well as a hefty housing stipend, if re-elected.

Vermont's governor will come the next closest at about $178,000. Other New England states are in the middle of the pack.

But far below them is Maine, where the governor has earned $70,000 a year since 1987. A state law doubled the salary that year — but efforts since to boost it have failed. 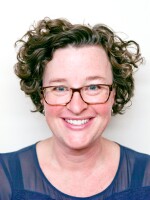 Heather Brandon
Heather Brandon is digital content manager and editor for WNPR. She lives in Hartford with her husband and three children. Heather previously worked as a producer for Where We Live, The Colin McEnroe Show, and news broadcasts. She created and authored the Hartford and Springfield blog Urban Compass, which focused on local urban development, politics, and community building.
See stories by Heather Brandon

Heather Brandon
Heather Brandon is digital editor for NEPR. She lives in Hartford with her husband and three children. Before Hartford, Heather lived in Springfield, MA for several years.
Latest Stories