It's Giving Tuesday! 5 meals will be donated to the NH Food Bank for every gift made today.

Former Republican presidential hopeful Ben Carson will be in Maine next week.

“We’re thrilled to have Dr. Carson coming,” says Maine Republican Party Executive Director Jason Savage. “We know from the feedback that we’ve received from Republicans all across Maine that Dr. Carson has won the hearts and minds of a great number of our Republican voters in Maine.”

Savage says the party is welcoming people who support all of the different candidates.

“We’ve had a great experience with all the presidential campaigns,” he says. “We have good working relationships with them and we’re continuing to work on other speakers and attendees who may represent different campaigns and different parts of the party.”

Carson, a retired neurosurgeon, dropped out of the presidential race in early March and has endorsed Donald Trump.

The GOP convention is being held April 22-23 at the Cross Insurance Center in Bangor. The Maine GOP says a record number of Republicans are running for national delegate positions. 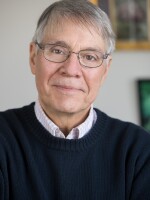 Ed Morin
Ed is a Maine native who spent his early childhood in Livermore Falls before moving to Farmington. He graduated from Mount Blue High School in 1970 before going to the University of Maine at Orono where he received his BA in speech in 1974 with a broadcast concentration. It was during that time that he first became involved with public broadcasting. He served as an intern for what was then called MPBN TV and also did volunteer work for MPBN Radio.
See stories by Ed Morin
Latest Stories