With More Americans On Meds, Drug Mixups Are A Billion Dollar Problem

Nearly 60 percent of Americans are taking prescription drugs – the highest percentage ever – and more than half of those 65 and older are taking five to nine medications. With all those pills in our medicine cabinets, it's no surprise that medication mix-ups are on the rise.

Older patients are especially vulnerable, since they’re often taking the most medicines.

Preventable drug-related errors cause thousands of deaths a year and ring up billions of dollars in extra hospital costs. Medicare is cracking down by refusing to pay hospitals in some situations when a patient is readmitted within 30 days of a discharge for the same ailment.

But solving this problem, as anyone in health care will tell you, is incredibly complex and difficult.

When an elderly person falls or becomes ill, they’re typically taken to their local emergency room. So that’s where we’ll start this story.

Kathy Boyd directs discharge planning at Rutland Regional Medical Center. She says hospital staff in their ER work hard to figure out what medications a person is taking, but she says an alarming number of people don’t know.

“They’re in a state where they are ill and they don’t remember. They can tell us, ‘I take an orange pill in the morning and a white pill at night.’” But, Boyd says, “There’s a lot of orange pills and a lot of white pills.” 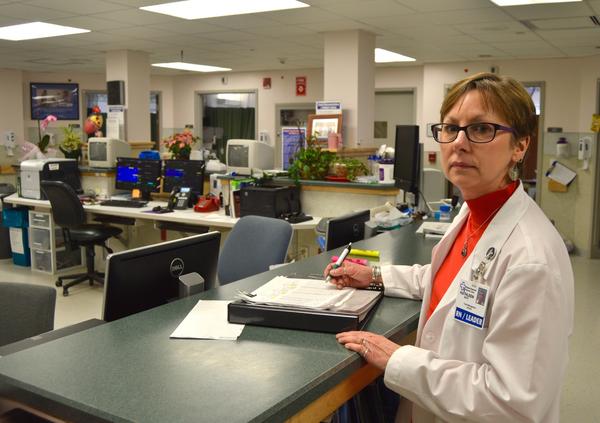 Determining the exact meds, says Hospital Pharmacy Director Jonathan Reynolds, is like detective work. “Because if a patient doesn’t know what drugs they’re taking, where do you go to get this information?” he says.

Reynolds says they’ve had to add pharmacy staff in the ER for just this kind of work. “You might have to sort through physician records, insurance refill information, nursing home medication administration records," he says. “Who’s that source of truth?”

It used to be that the hospital could call the person’s primary care doctor or pharmacy for information. But health care has become much more compartmentalized.

Patients today are older and sicker, and they often have multiple doctors and multiple pharmacies, all with different electronic medical records that make sharing information difficult.

Kathy Boyd says connecting all the dots can be a nightmare.

“Unfortunately, the community does not understand the importance of having a medication list that follows them throughout every service point in our small community,” she says. But, she adds, people also want to make sure that their pharmacist is their best friend and that they use one pharmacy.

But Boyd recognizes that many people can’t afford to use a single pharmacy; they shop around for medications.

“I just had someone tell me that they got a refill through Costco, and it was like one-eighth the price of any of the local pharmacies," says Donna Hunt, who manages Rutland Regional Medical Center’s Diabetes and Endocrinology Center. But, Hunt says, prices vary depending on what the medication is.

“And that can change from month to month,” she adds.

Hunt says for diabetes patients, medications are expensive, dosages change frequently and insurance may force a patient to switch to a less costly or entirely different brand, which just adds to the confusion.

“And then just the names of the different medications," she says." Is it the generic versus the brand name? The number of people who say they’re on Humulin insulin. Humulin insulin can be regular insulin or NPH insulin. What type of Humulin insulin makes a really big difference. Knowing exactly what you’re on is huge.” 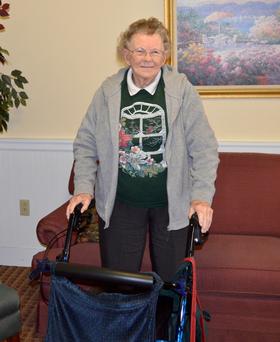 At the Maples, an apartment complex for seniors in Rutland, half a dozen residents wait in the lobby for a bus that will take them shopping.

Many, like 95-year-old Charlotte Steele, live alone. Steele juggles a number of different medications: Verapamil for her blood pressure, Simvastatin for cholesterol, Plavix and others.

Steele was recently hospitalized when her high blood pressure flared up. The hospitalist changed some of her medications, but her primary care doctor changed them back when she was released. It was a bit confusing, she admits.

But Steele and several other residents sitting nearby say if any questions came up concerning their medications, their primary care doctor would know what they’re taking.

Mark Stickney, who's has been a primary care physician in Rutland for nearly 30 years, smiles at that. “I’m flattered that they hold us in such esteem," he says.

Stickney says despite their best attempts, the reality is even primary care doctors don’t always know what their patients are taking.

“I can know their medicines this morning, they see a consultant this afternoon and the whole playing field changes," he says.

And he and other providers say those gaps in communication are often what lead to mix ups with medications. 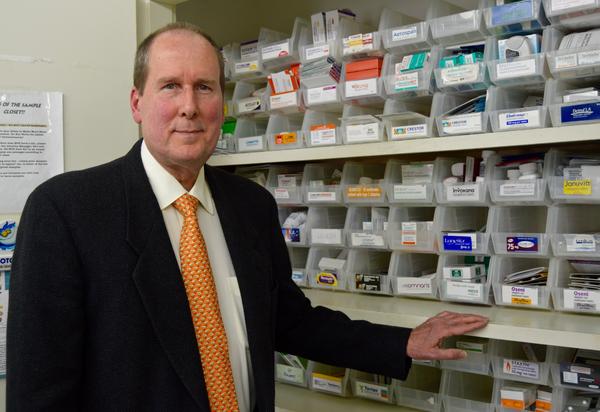 Millions of dollars in health care funding hang in the balance. In an effort to reduce hospital readmissions, Boyd says Medicare will no longer pay for hospital services if a patient suffering from certain common conditions is readmitted for the same problem within 30 days of discharge.

Boyd is working with local pharmacists, visiting nurses, hospitalists, and area providers to identify where patient medication information is falling through the cracks to find solutions. Those involved say improving communication is key, but privacy issues, technology glitches and insurance rules are proving difficult.

Back at the Maples, Charlotte Steele, at least, is trying to do her part.

“I’ve got a list of medicines in my walker," she says, "and my walker goes wherever I go.”

This story is the first in a two-part series. Find the second story here.