Purchase your Summer Raffle tickets today and you could win a new car or $20,000 in cash!
NH News

Obama and Romney Appeal to Women Voters in New Hampshire

The campaigns of President Obama and Republican Mitt Romney were touting support from women today.

The Obama campaign released a report saying that the President’s policies enable greater access to healthcare for New Hampshire women.

Four years ago, President Obama carried women voters by 13 percent. His pitch to women this election has focused on the healthcare overhaul.

In an election that will most likely be close, women’s support is critical in swing states—such as in New Hampshire. 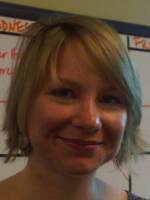 Tina Forbes
Tina received a Bachelor of Arts in English, with a minor in Political Science from the University of Connecticut and earned a M.A. degree in Writing, Literature and Publishing in May of this year. Her international experience includes undergraduate studies in London and teaching English to Japanese adults and children in Japan. Experience closer to home includes crew member at Trader Joe’s and employment specialist supporting adults with developmental disabilities in Davis, CA. In her spare time, Tina enjoys yoga, kickboxing, backpacking, running and reading. Tina lives in Merrimack.
See stories by Tina Forbes
Latest Stories