A man accused of threatening gun violence at a New Hampshire Police Academy graduation has been released to his parents' home in Connecticut.

According to an affidavit filed by a State Trooper, one recruit said he heard Beaulieu “make a statement about taking his firearm out at the 177th NH Police Graduation and causing either an active shooter situation or recruiting classmates to stage a mass suicide.”

"He denies any intent whatsoever to harm anybody, whether it be himself or others,” said Mark Sisti, a lawyer representing Beaulieu. “I can't really tell you about the statements because I haven't been really presented with the police reports yet."

Sisti said a mental health evaluation was completed but would not comment on specifics. He said that his client will be released with a tracking device.

Sisti said Beaulieu has no criminal record or history of mental health issues.

As part of the bail order signed by a Merrimack County Superior Court Judge, Beaulieu will not be allowed to possess a firearm or reside where any are located, among other conditions. 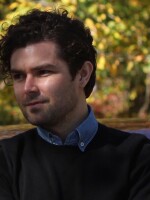 Robert Garrova
Robert is a General Assignment reporter, with a focus on New Hampshire's changing demographics. He comes to NHPR’s newsroom from Los Angeles, where he worked as a reporter for member-station KPCC and a producer/director on APM’s Marketplace with Kai Ryssdal.
See stories by Robert Garrova
Latest Stories