Justin Rosa wasn't doing so great when he first moved to Connecticut from Florida in eighth grade.

"That process alone was very difficult, losing all my friends, having to start over, it was such a hard time for me,” he said. “I was very depressed."

The once-outgoing kid began to retreat into his own head. And that's when the thoughts began.

"To be alone was such a…  a scary point in my life,” he said. “I thought that I would have committed suicide. And it wasn't until the Choose Love Foundation that everything changed."

That foundation was started by Scarlett Lewis, whose son, Jesse, was murdered at Sandy Hook Elementary School in 2012.

"They gave me an outlet to understand the importance of helping people,” Rosa said. He began to feel a purpose in life. He's now a freshman in college, studying to be a social worker.

The Jesse Lewis Choose Love Foundation has a simple goal -- to encourage people to choose love over fear, and compassion over anger. To do that, Lewis assembled a group of educators and mental health professionals to create a free social and emotional learning program for teachers to use in the classroom.

Lewis said she's certain that the shooter, Adam Lanza, never would have murdered 26 people that day if he had received social and emotional support in school.

"Social and emotional learning is the most proactive and preventative mental health initiative there is,” Lewis said. 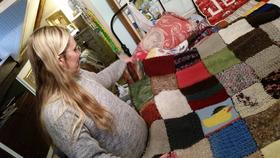 Her program has been downloaded by over 300 schools and organizations in the state, she said. And it's also being used by schools in 46 states and 29 countries. When she travels speaking about her foundation, there's always a painful dichotomy present -- she's able to so much good, but only because her son was killed.

"Gosh, would I give it all back in a second, just to be able to touch Jesse again, I would, but I can't, and, so, I'm left with gratitude for what I have,” she said.

In the months following the Sandy Hook shooting, state mental health officials dove into Lanza’s mind. One of their key findings was that the public school district did little to address Lanza's deteriorating mental health. Now schools have begun to teach social skills and emotional awareness, with the hope that kids will learn how to cope with stress and anger, and avoid the sort of spiral that Lanza fell into.

Since that day, social and emotional learning programs have taken off in schools around the country. One of those schools is Bridgeport's Classical Studies Magnet Academy.

On a Monday morning, Amanda Finch's kindergarten students are talking about their feelings.

Each child has just placed a stick into a color-coded can. Each color is associated with a feeling. Blue for sad, red for angry, yellow for happy, green for calm. For kids who aren't feeling so great, Finch will probe a little. But the real digging happens once they all sit in a circle.

Today, a lot of kids are happy because the first snow of the winter fell over the weekend. Others, like Gianna Morant, are upset.

"I'm sad because I miss my mom and I didn't get to say goodbye to her,” she said.

At the end of the morning check-in, Finch asks the kids how they help their sad or angry classmates. They tell her things like, “give them a hug” or “make them a car” or “play with them outside.”

All of this is part of a program called RULER. It was developed by the Yale Center for Emotional Intelligence to help schools teach social and emotional skills. Marc Brackett is the center's director.

"What research now shows is that schools that adopt these practices have students who make better choices, they have students who have less stress, have greater well-being, and students who actually perform better academically, both in grades, and in standardized test scores,” Brackett said.

A few years ago, the universities of Loyola and Illinois looked at over 200 studies involving over 270,000 students. They found that strong social and emotional learning programs had pretty big impacts on all aspects of kids' lives.

"They've followed kids throughout their life that have had social and emotional learning in kindergarten, all the way through adulthood,” Lewis said. “They have less substance abuse, less mental illness of all kinds, less incarceration, they're more likely to get a job, they're more likely to graduate from college. It's almost like the panacea -- If it were a vaccine, we would line everyone up on the planet and give it to them. That's how many benefits there are."

Advocates have pointed out that the challenge is getting people to buy in. American culture isn't too keen on dealing with emotions. Lewis said all it takes is a little courage to see that there is a better way. With mass shootings happening every single day in this country, she said the time for that courage is now.