One of pro basketball's most colorful figures is not on the court, but he's now in court. Mark Cuban, the billionaire owner of the Dallas Mavericks, defended himself yesterday on civil charges of insider trading.

BJ AUSTIN, BYLINE: Mark Cuban on the witness stand is a long way from the team owner yelling courtside at the referees. In court, Cuban answered yes ma'am and no ma'am and kept it low key and friendly when he disagreed with prosecutor Jan Folina. But he couldn't resist a little showmanship at one point, flashing his Maverick's brand cufflinks at the court.

Outside during a break, Cuban preferred to talk about the team, not the case.

MARK CUBAN: I think the Mavs are going to have a good season if we stay healthy. It's a special time when the season starts, so I'm obviously very, very excited.

AUSTIN: The Securities and Exchange Commission says Cuban used confidential information to dump his shares of mamma.com and avoid a $750,000 loss. On the stand Cuban admitted he was upset after a phone call from the company's CEO, Guy Faure. But he told the court he could not recall the exact conversation. Faure claims it was all confidential information. Cuban's lawyers say it was not.

Federal prosecutors want the three-quarter million plus penalties. Cuban will be back on the stand Monday morning. 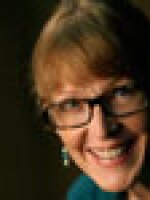