Donate your vehicle to NHPR today and support local journalism in the Granite State.
National

From NPR News, this is ALL THINGS CONSIDERED. I'm Audie Cornish.

It's one of the worst outbreaks of West Nile virus since the mosquito-borne disease arrived in the U.S. back in 1999. According to the Centers for Disease Control and Prevention, more than 1,500 cases have been reported this summer, at least 66 people have died.

As South Dakota Public Broadcasting's Cara Hetland reports, the disease is now spreading well beyond the outbreak's epicenter in Texas.

CARA HETLAND, BYLINE: Amanda Larson runs a home daycare in the small South Dakota town of Volga. The 30-year-old mother of two woke up on a Monday morning with a migraine-like headache. By Tuesday, she developed a fever.

AMANDA LARSON: Just getting a little bug. I'll be fine by tomorrow. And then, August 1st, I woke up and I just - I couldn't get myself out of bed. I had to have a family member help me get me to the emergency room.

HETLAND: Larson spent eight days in the hospital and was diagnosed with West Nile Fever and meningitis. All she remembers from her sickness is the pain.

LARSON: It felt like a migraine times a thousand. I had a hard time, like, if I tried to stand up, having my balance. Lights were too bright. People talking hurt my head. I just was out of it by all the pain of the headache. Just wanted to sleep.

HETLAND: Even sleeping wasn't easy. Dr. Jenifer Hsu is an infectious disease physician at Sanford Health in Sioux Falls. She says for her it's full time West Nile.

DR. JENIFER HSU: We've been seeing a lot of West Nile in our hospitalized patients. We've seen every variety, from patients coming in with just fever and headache to meningitis that resolves relatively quickly, to patients with more severe neurologic disease.

HETLAND: Hsu says after diagnosis, there is only comfort care, fluid and pain meds until the virus runs its course.

State epidemiologist Lon Kightlinger says the number of cases ebb and flow from year to year. Last year, for example, there were only two confirmed cases.

HETLAND: Kightlinger says universities are doing research but there's still a lot of mystery associated with the disease. He says education is key to keeping people healthy. They can wear bug repellent with Deet, avoid the mosquitoes' active time or wear protective clothing if outside at dusk. Communities are also spraying. But because of the economy many mosquito control programs have been cut.

For Amanda Larson, who is still recovering from West Nile, she's being cautious.

LARSON: We're keeping our whole family kind of inside after five, six o'clock just to be safe; until I'm back to being totally healthy.

HETLAND: Larson says she's been home from the hospital for about three weeks. She's still tired and fatigued and often needs a nap after doing simple chores. She's not able to work. Several small children held a lemonade stand, raising more than a thousand dollars for her bills and living expenses. She says the community support is making her recovery easier. 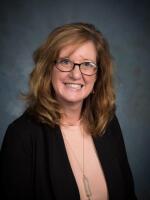 Cara Hetland
Cara Hetland is the Director of Radio for South Dakota Public Broadcasting. She has more than 20 years in public radio as a reporter and producer. Cara is also host of the Friday In the Moment program Innovation. She loves a good story and can’t wait to tell South Dakotan’s about it. Cara also teaches media courses at the University of Sioux Falls and loves working with interns to develop their own style of storytelling. Cara lives in Sioux Falls with her husband, Daren and three daughters. She is their number one fan whether it’s marching band, athletics or academics.
See stories by Cara Hetland
Latest Stories