Support NHPR with a year-end gift today for 2 chances to win a trip to Aruba!

Should Alcoholics Anonymous Be a First Choice for Treatment?

Pre-prohibition research into alcohol use and consumption was wiped out when the country dried out in the 1920s. In response, American "alcohol science" was created in the post-prohibition era to bring alcohol abuse into the medical realm, triggering a cultural explosion between advocates on each side of the wet/dry divide. It was in this arena that Alcoholics Anonymous was born.

Alcoholics Anonymous has come under attack in recent years for its adherence to its 12-Step Program over new treatments that are backed by research. Many question why AA is sanctioned as the first choice of treatment, including by the courts, and whether it should retain its stature in this new century of research and treatment.

But AA retains a fiercely loyal following of those who credit the program with saving their lives. They say science can't replace the sense of community, spirituality, and engagement that helps, but is hard to measure. 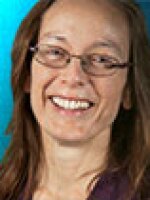